We are starting week 4 already!!! Where did that time go?!?!? So last week I forgot to do a week 2 wrap up so this will cover the last 2 weeks.

I have to admit I have fallen into old habits. Not the ones you are thinking of but the habit of using 12WBT as a recipe guide. I haven't been following the eating plan properly and I can give you a list of excuses but that's all they are EXCUSES!!! It all comes back to poor time management and poor preparation. But this is a new week which means time to get back to being organised!!! 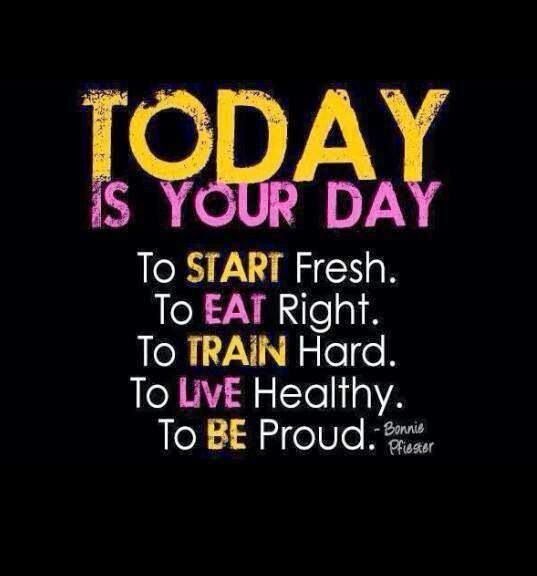 I did manage to not cook 3 different meals most nights. And I have found some great new things to have for lunch. Lunch is where I really struggle. If I have left overs that's awesome, easy and quick. But if I have to make something I generally don't feel like what is on the menu plan especially with the cooler weather. I am craving soups and warm lunches but am not organised enough to make it before hand and quite often these things take a while to cook.

I did fall into a little trap over the weekend. I played hockey on Saturday afternoon and then I did the 12km HBF Run for a Reason on Sunday morning. I used this as an excuse to eat Pizza Saturday night & too much pasta Sunday night.

My Diet Coke addiction is going OK. It just seems to be the weekends when I 'slip up'. I find it hard when out and not drinking to find something to drink that isn't water or soft drink. So still struggling a bit with that one.

Anyway Onwards & Downwards (on the scale)

Keep an eye out for my re cap of yesterdays fun run.

Posted by Becoming Nikki at 00:39 No comments:

I used to always think that you HAD to exercise for an hour. It was always an hours walk. Half an hour was a waste of time and 45 min was OK but in my head it had to be an hour. This was also an excuse as if I didn't have a spare hour I wouldn't go.

I have realised just in the last week or so that this was also creating an excuse as to why I couldn't go for a run. Well yesterday I got home from work at 4:45pm and while I had tea to cook, kids homework to supervise, washing to bring in etc etc etc I put it all on the back burner. I walked in the house got changed told the kids I would be just outside running laps around the house.

3.5km & 20 min later I was done. Because the fairies weren't going to come and do all those jobs for me while I was running. I am really starting to think that fairies don't exist.

I had a bit of a light bulb moment. As tends to happen when I am running because it's about the only time of the day that is when I can think without someone climbing on me, talking to me, whinging at me etc etc etc. 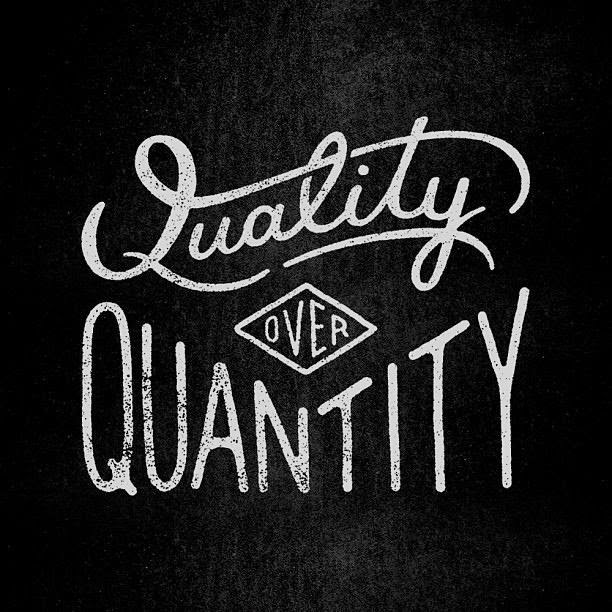 As with everything in life from time with kids to food to clothes to appliances. Exercise is no different. 20 minutes of running is better then sitting on the couch all night feeling guilty for not getting out there. It's better then trying to squeeze in an hour when you don't have an hour and running around like a mad chook for an hour or so afterwards trying to do all those other things you need to do.

I will remember this next time I think I don't have time. And one of the best parts about running in the afternoon is that I usually have at least one of the kids join me on their bike. At the moment it's Miss Molly on her brand new bike. She will whizz past me with a big smile on her face and ask me how many more laps. Love seeing this healthy lifestyle rub off on the kids. 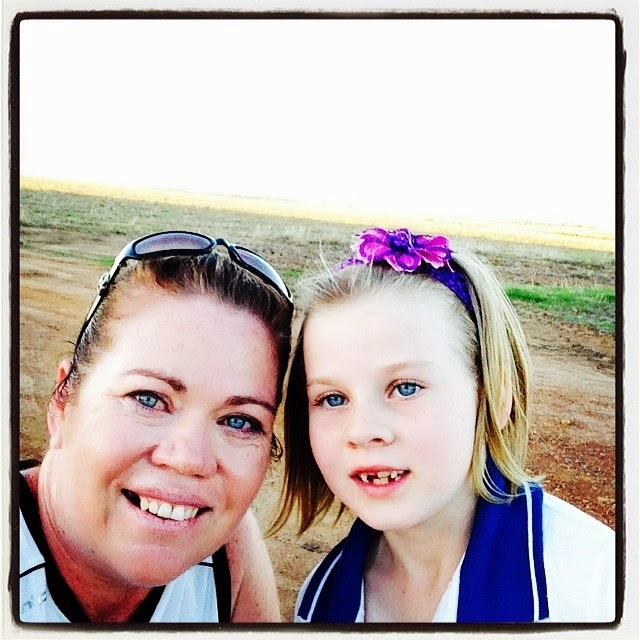 WOW as I went to write this I saw that this will be my 100th blog post!!!!! Not too sure what to say about that but thought it was worth a mention. I might have to do another post this week in honour of that. But I will have to have a think about that one.

So onto what I came here to write about.

Where to start???? Well it was a great week I got up Monday morning did a wee, stood on the scales, got out the tape measure and recorded all my stats. I had done the fitness test on Sunday afternoon. So I was pumped and ready to get going.

Weigh In day was Wednesday and I woke up excited to see what a difference I had made in 3 days. Only to find that my scales wouldn't work!!! I was not happy at all. It was one of the few times I have been happy that I weigh myself ever day so I used my weigh in from Tuesday. Which showed a 1kg loss!!! While I was in town that afternoon I got a new battery hoping that was the problem as I really didn't want to have to buy a new set of scales. I like my scales and I am worried if I get new ones they will give me a different weight.

I had to work this week cleaning at our local primary school. I had done this 12 months ago and now I just do as relief. So knowing I was working all week you would think I would be organised. Well you no. Being out of the house from 2:30pm until 5pm through my evenings into a bit of a blur. Combine that with seeding which means hubby leaves the house at about 4:30am and returns any time after 8 or 9pm. (he usually gets home just as I am all settled to watch a show that he doesn't really like)

While I had all of my meals planned out I hadn't really planned the family meals for the week. And while some recipes are for 2 serves you need the second serve for lunch the next day. I know I could double the recipe but some are not so kid friendly. Taking all this into account I had one night where I made 3 different dinners!!! Sausages and veggies for the kids, casserole for hubby & a beef & barley dinner for me. Not really something that you want to have happen every night of the week.

Thursday saw me have baked beans for breaky followed by Chicken Tikka Curry for lunch. Luckily I had hockey training that night and was out in the fresh air........(I will leave it at that)

I have to admit I didn't follow the exercise plan at all. I chose to go running instead. I had hockey training Thursday & hockey on Saturday so that covered those work outs. I do need to get more exercise in and that's this weeks goal.

Over the weekend I ate off plan as I had hockey all day Saturday and then we were out for lunch yesterday. I still tried to be good or probably more mindfull of what I was eating. I did over indulge in drinking yesterday and I have gone over my one a week Diet Coke limit. But I still felt like I made good choices.

I am pumped for week 2 which means new recipes, exercises & of course weigh in on Wednesday!!!! It's 4 weeks until my birthday and I have set myself a mini goal of getting to 85kg by my birthday!!!!!!
Posted by Becoming Nikki at 18:08 No comments:

Round 1 kicks off & here are the starting stats.

So here are the starting stats. They are a little scary and I am a bit embarrassed but here goes

Weight: 90.1kg
I have gained about 6kg I was hovering around the 84kg mark for quite a while but the kg have slowly crept back on.

I will update my weight every week and do the measurements every 4 weeks.

Here are my fitness test results

I have been really good with my water intake and avoiding Diet Coke. I had said I would have one a week to start with. On my way home from hockey on Saturday I brought a 600ml bottle. I had 2 sips of it and that was it. Then at the pub on Saturday night I had a can. That was going to be my one for the week. But I still had the bottle in the car from the afternoon with 2 sips out of it. Then yesterday after an interrupted and stressful food shopping trip I bought another bottle for the 1hr drive home. Again I only had a few mouth fulls. I finished that bottle off last night. So I am getting there slowly. There is an almost full bottle sitting in the fridge looking at me and while I should just throw it out I want to challenge myself and see how long I can leave it in there without giving in.

I am off to make an interesting lunch. It includes Zucchini and I am not a fan unless it is in a zucchini slice or something. So wish me luck!!!!!  Look out on Facebook for my weigh in results on Wednesday and next Monday I will do a wrap up of week one.
Posted by Becoming Nikki at 21:09 1 comment: